I can't use PSI explosions,(a level 4 spell needed to progress beyond to other spells) in any area, dimension that i am able to travel to as a beginner. 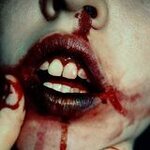