Thank you for support!

Hi, I think I was unfairly banned. I need help.. 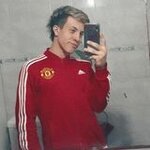 By jeremaiso,
November 5, 2020 in Unban Requests